For the first time under the banner of Rally Cycling, the team has gathered for its 2016 training camp in Oxnard, California. It is the ninth year that the team has congregated in the seaside town for early season training. Although the team has become a regular site on the local roads, this year residents will witness a fresh look with the new title sponsor, Rally Health℠. Announced earlier this month, Rally Health℠ is a consumer-centric digital health company that is making it easy for individuals to take charge of their health and wellness and working with health plans and employers to reimagine health engagement.

The team looks to build on a successful 2015 season that saw the squad take several high victories including stages at the Tour of Utah, Tour of the Gila, Canadian National Championships and the North Star Grand Prix. In addition to the team’s string of victories it also collected numerous podiums including second overall at the Tour of Utah and Philadelphia International Cycling Classic. It was on these successes that the team climbed to the top of the 2015 UCI America Tour rankings.

The training camp is taking place over a two-week period with both the men’s and women’s teams taking part. For 2016 the men’s team welcomes former WorldTour riders Danny Pate and Evan Huffman. Adam De Vos, Shane Kline, Rob Britton and Emerson Oronte also join them. The camp will be first chance for the entire team to get together and put in some specific training following a successful pre-season camp in Bisbee, AZ earlier this month.

“Training camp is the team’s first chance to put in a block of miles with intensity and good weather,” said Performance Manger Jonas Carney. “The guys have logged a ton of base miles but they haven’t had too many chances to go hard. At camp we have structured rides to prepare our guys for the early season races. This season we start with a big race in Europe and we need the guys to have a bit of extra speed in the legs.”

For the women it will be the first chance for the team to all ride together. Jasmin Glaesser returns to anchor the squad and will be joined by Kirsti Lay, all-arounder Heather Fischer and time trial specialist Hannah Ross. Erica Allar, Jessica Prinner, Sara Poidevin, Katherine Maine and Catherine Ouellette will also make their debuts in the orange of Rally. At training camp, the women’s team will be without Elle Anderson who is competing at cyclocross worlds and Emma White who is resting after contracting mononucleosis.

In addition to the training camp, the team will hold its official launch at a private event at Pedaler’s Fork in Calabasas, California on February 1st. The launch event will feature the official presentation of the 2016 team along with dinner and a cocktail hour. The launch event will be followed by a VIP ride with Rally Health℠ on the 2nd that will take riders along the famed Mulholland Highway. 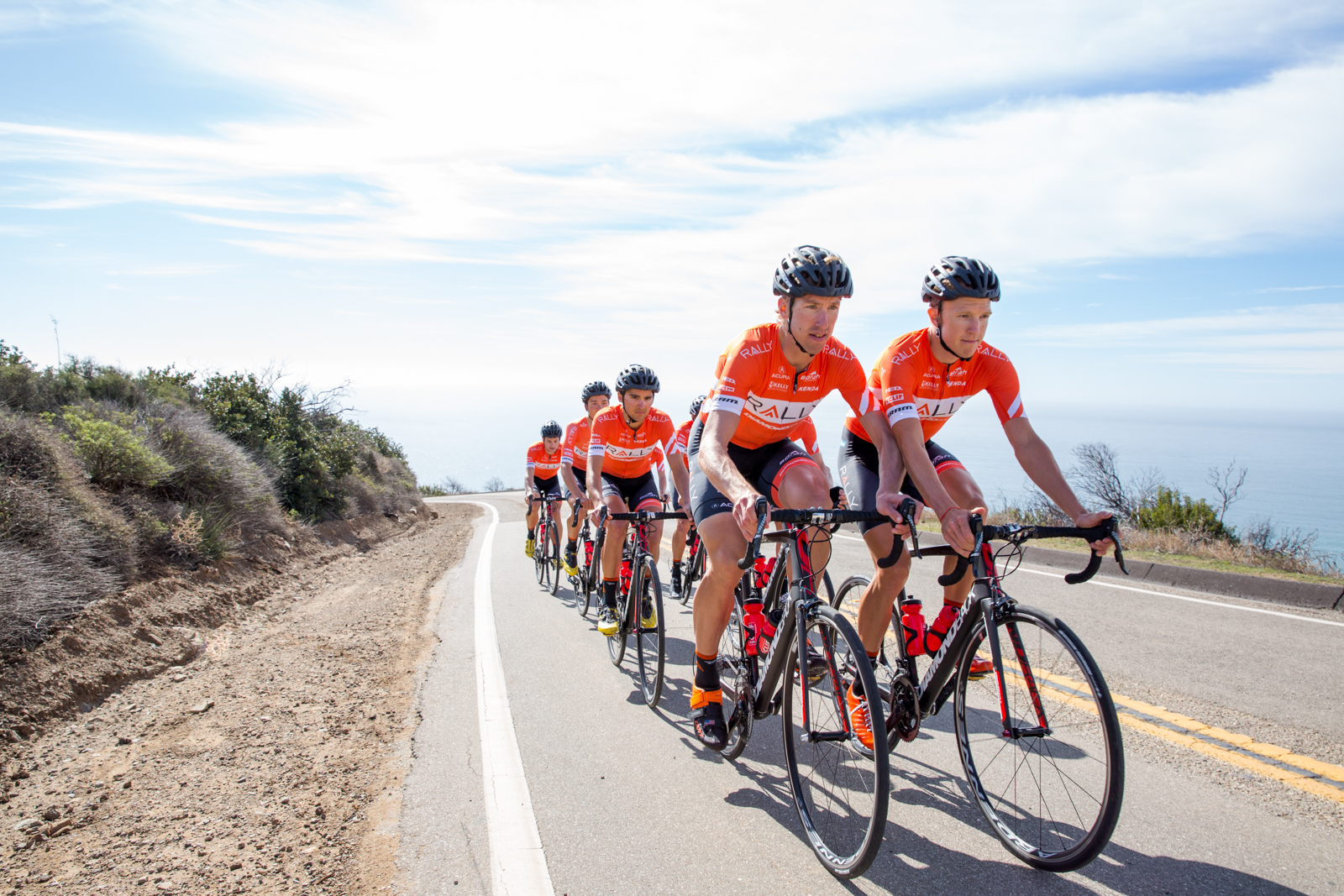