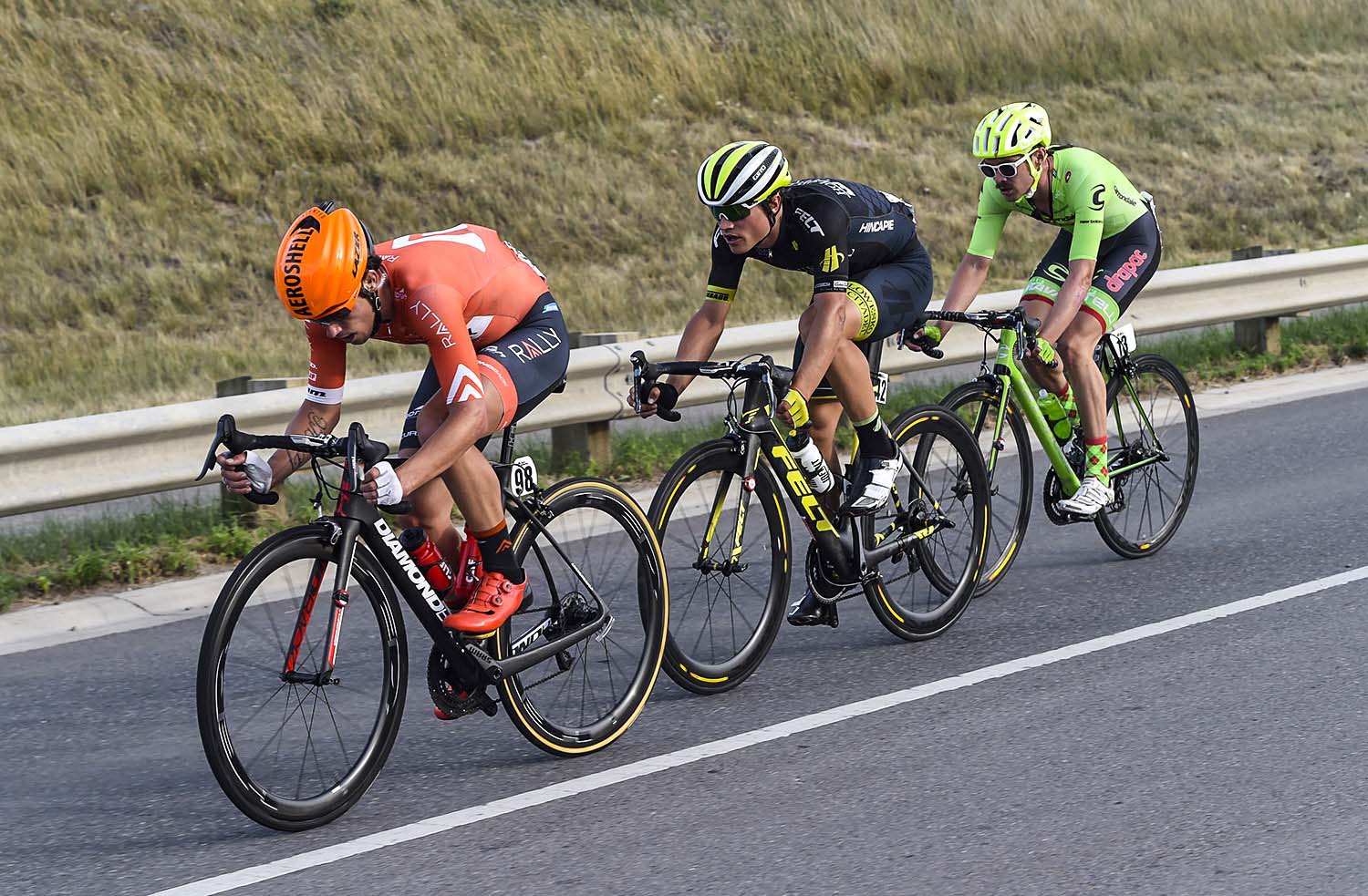 In the final major North American stage race of 2016, Evan Huffman proved again that he is one the best riders in the domestic peloton. Huffman was the major protagonist of the five-day stage race and landed on the final general classification podium in third. Along the way, he won one stage, finished fourth in two stages and took fifth in the penultimate time trial. Huffman’s victory in stage three put him in the leader’s yellow jersey for a day and the green points jersey for two.

“Overall it was a successful week with a stage win and general classification lead,” said Huffman. “Having the lead going into the time trial I was hoping to hold the jersey, but was beaten by some really strong guys. Finishing third overall is the biggest result of my career, but it’s still a little bittersweet because the time gaps are so small.” 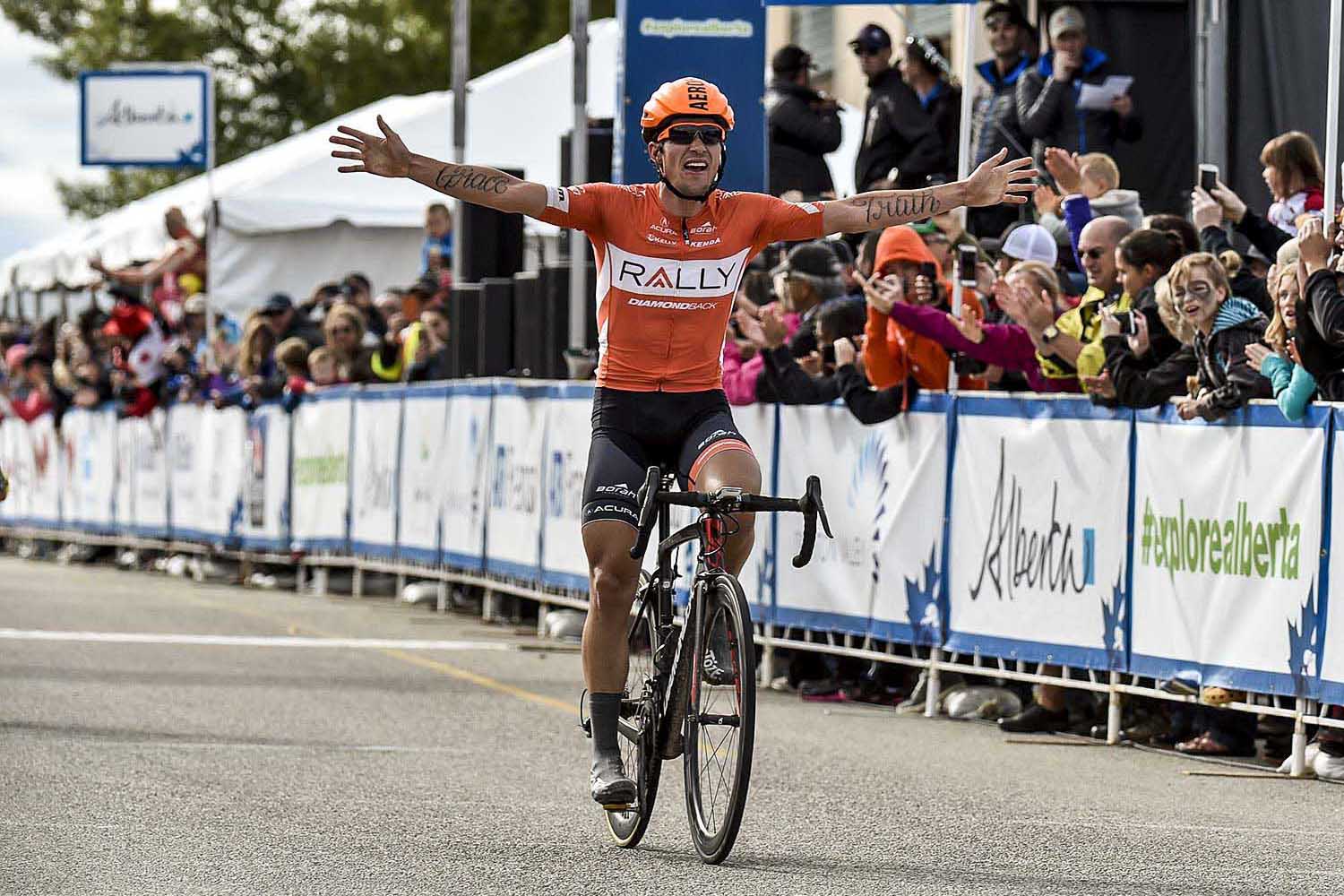 The 2016 edition of the Tour of Alberta started in the southern city of Lethbridge with a 106 kilometer circuit race along the city’s west side. The race then worked its way north with stage two taking the riders from Kananaskis to Olds and stage three going from Rocky Mountain House to Drayton Valley. Stages four and five took place on the streets of downtown Edmonton: Alberta’s capital city. Stage four was a 12.1 kilometer time trial while the fifth and final stage was a tough 124 kilometer circuit race.

It was in stage one that Huffman began to lay the foundation for his high overall finish. Having made the day’s main selection, Huffman launched a stinging attack that put the remaining breakaway riders on the back foot. Knowing they couldn’t afford to let Huffman get away, they worked together and reeled him in over the top of the climb. With the finish line closing in, Huffman tucked into the group and rested up for the sprint. In the end, Huffman would have to settle for fourth behind Colin Joyce (Axeon - Hagens Berman), Alex Howes (Cannondale – Drapac) and Robin Carpenter (Holowesko – Citadel).

In stage two, the day’s breakaway succeeded in staying clear with Tanner Putt (UnitedHealthcare) taking the win. Even with the stage victory off the table, Huffman again attacked off the front in a bid to take the overall lead. In the closing meters, the peloton bore down on Huffman, erasing the possibility of him taking the jersey. He would cross the line in fourth for the second day in a row, closing the gap to the overall lead by two seconds. 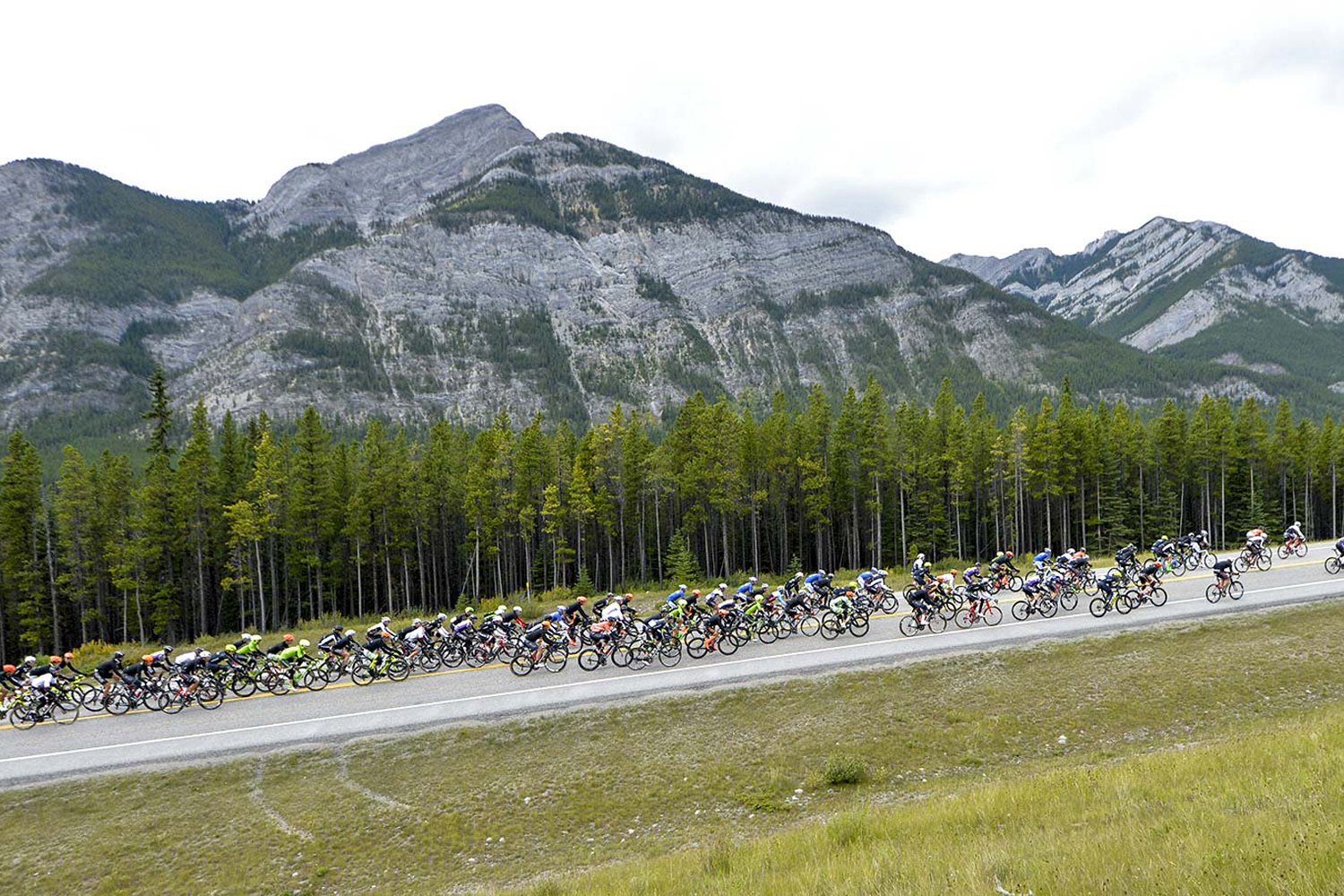 After two days, and two fourth-place finishes, Huffman was determined to dislodge Joyce from the leader’s jersey in stage three. As the peloton entered the finishing circuits around the town of Drayton Valley, Huffman launched a powerful attack that only Carpenter could follow. The duo worked well together to establish a 20 second gap before Huffman out kicked Carpenter to take the stage win and overall lead. The win also gave Huffman the green jersey as the leader of the points competition.

Despite Rally Cycling’s success in the first three stages, the Tour of Alberta was not without setbacks for the team. On stage three, both Tom Soladay and Pierrick Naud were forced out of the race. Finding the pace too high after suffering in the cold and rain of stage two, Soladay lost contact with the peloton and was forced to abandon. Then, halfway through the stage Naud was involved in a crash and suffered deep lacerations to his knee. Forced to abandon the race, Naud was taken to a local hospital for examinations. Although Naud required 13 stitches, the prognosis is good for a full recovery with no permanent damage.

The fourth stage of the Tour of Alberta was a short, but tough, 12.1-kilometer time trial. Unlike most time trials, it was run Merckx style – conventional road bikes without aero handlebars or disc wheels. In the absences of aero equipment it was a true test of one’s strength. As race leader, Huffman was the last rider to start and he powered through the streets of downtown Edmonton to stop the clock in a time of 15.08. Conceding 24 seconds to stage winner Bauke Mollema (Trek - Segafredo), Huffman fell to third on the general classification behind Carpenter and Mollema. With no sprint points on the day Huffman retained the green jersey as leader of the points classification. 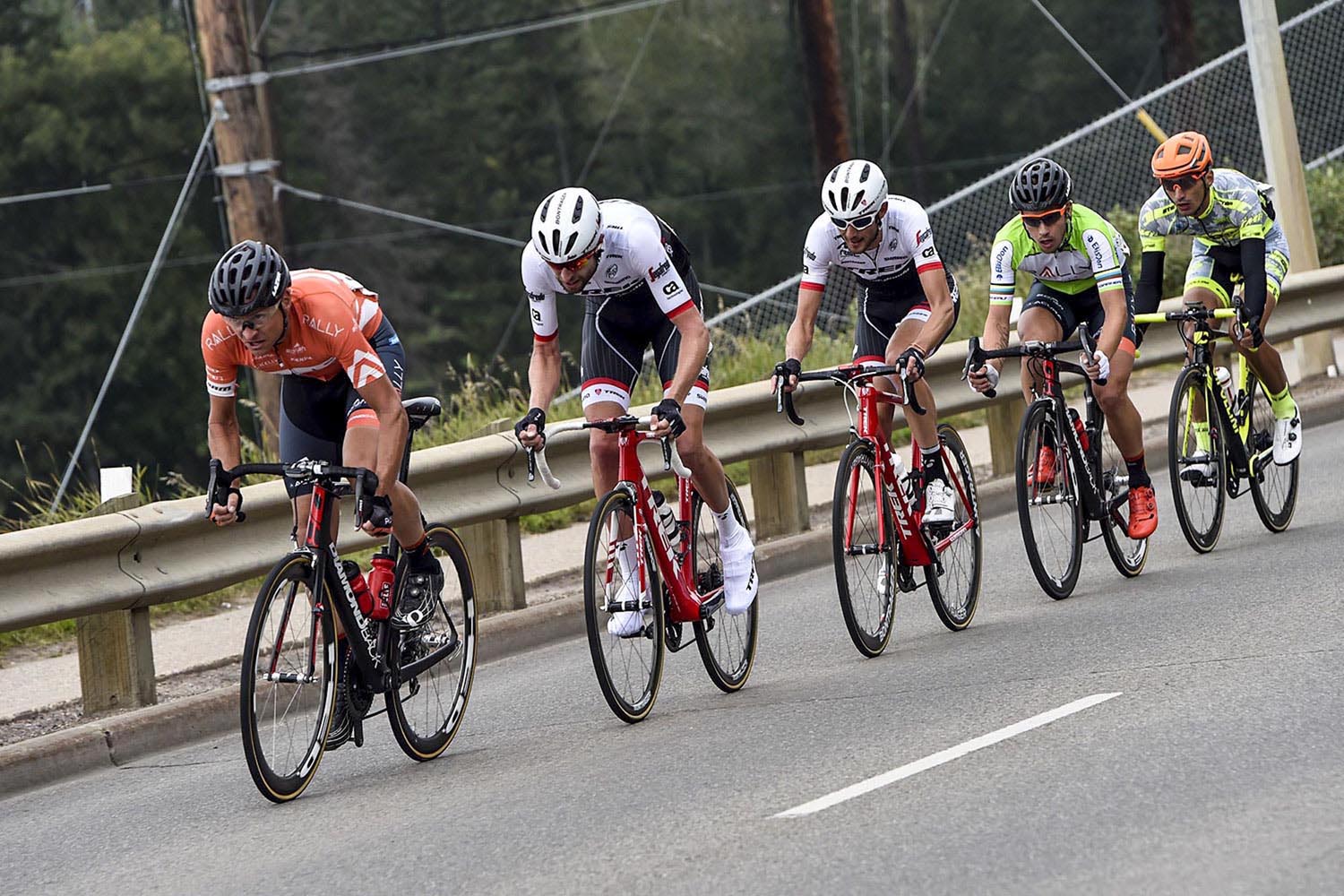 Without Soladay and Naud, the team was outnumbered heading into the final stage. Saving its firepower for the second half of the race, the team was content to let a group of 14 riders go and force Holowesko – Citadel and Trek – Segafredo to chase. With 20 kilometers remaining, the team went to the front and put the hammer down with Rob Britton, Eric Young and Danny Pate taking turns driving the pace. Despite the team’s efforts, it was Francisco Mancebo (SkyDive Dubai) who took the stage win with a solo move from a deteriorating breakaway. Without the time bonus for the stage win, and unable to shake Carpenter and Mollema, Huffman would remain in third place overall; his highest placing to date in a race of this caliber.

“It was great week for the team,” said Performance Manager Jonas Carney. “We thought we had a good chance at the general classification today, but the race just wasn’t hard enough for time gaps to open. Getting a stage win, leading for a day and finishing third overall is really a big success. Of course we are a little disappointed not to win but still really happy with the team’s performance overall.” 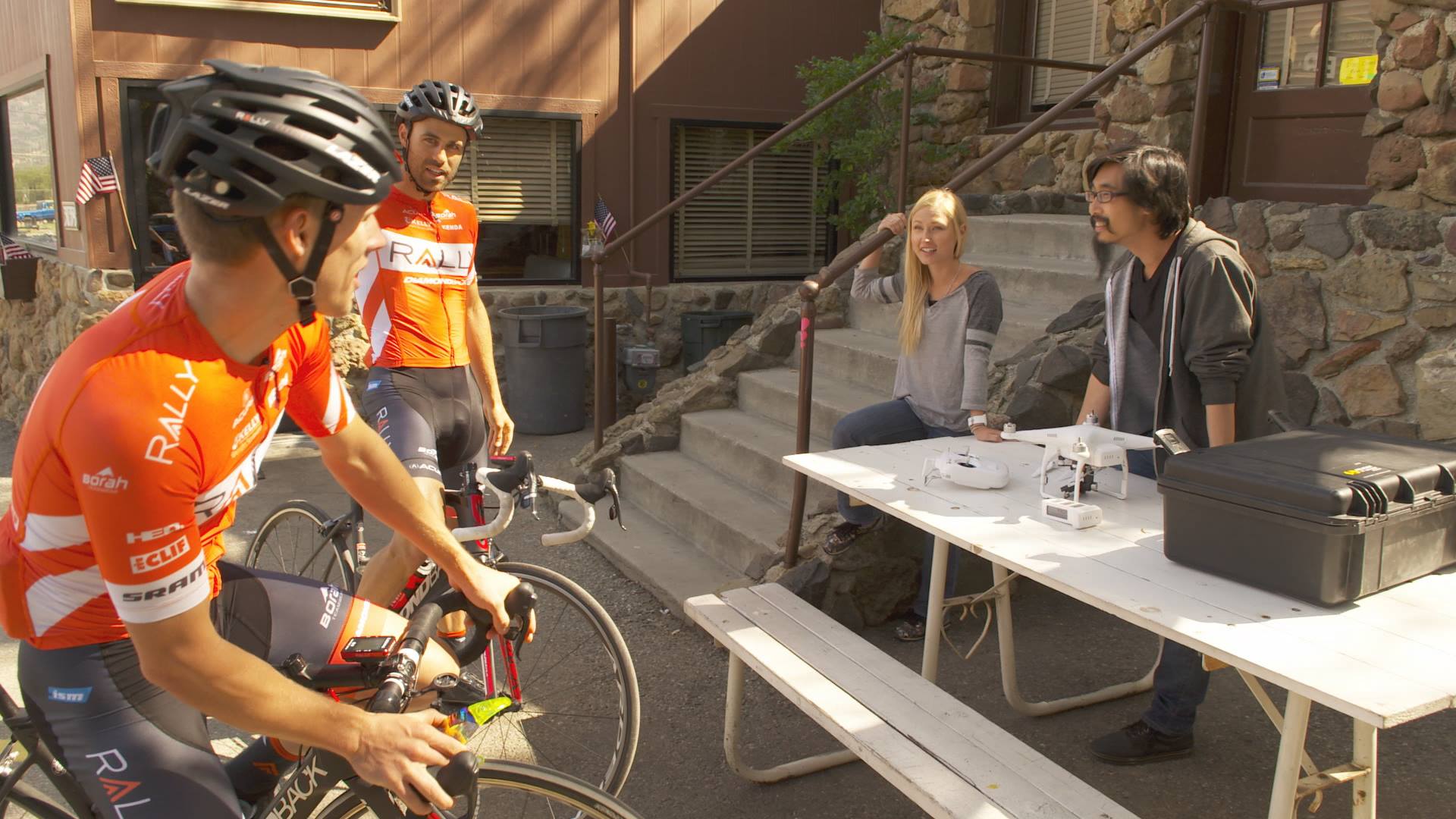 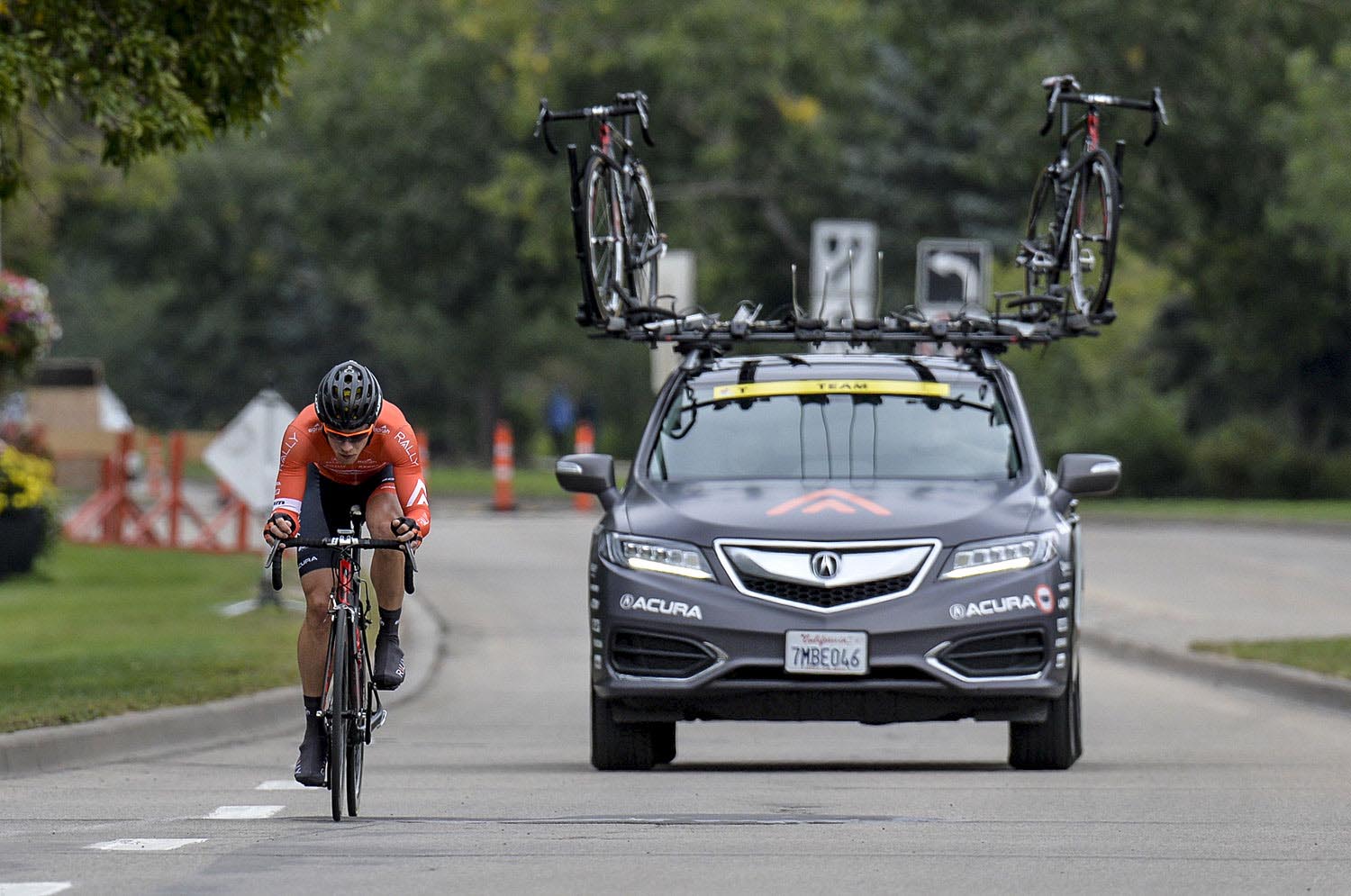